From credit unions to investment unions 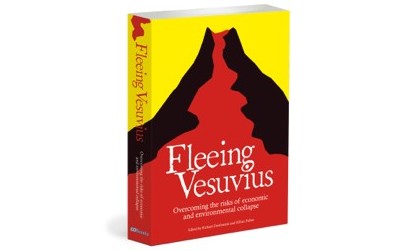 What the world needs now is a new type of financial institution - "an investment union" - to finance localised business projects, writes Oscar Kjellberg.

"It should help promoters plan their projects and then find outside investor-partners in return for a share of each project’s income rather than its profits. This is essentially how the Mondragon co-ops’ bank used to work," Kjellberg says.

"Imagine yourself as a bank manager in a small community 50 years ago. Your friends and neighbours have their current and savings accounts with you and when they need to borrow they come to tell you about their ideas. You know most of the locals and it is not difficult for you to tell whether a proposal is going to work. Your decision is based not only on the idea’s potential commercial viability but also on the individual’s personal ability, skill and support network.

"But times have changed. Bank managers in small communities do not have the authority to give bigger loans any more. Instead, the bank that owns the branch channels the community’s savings into what it believes to be the most profitable segments of a near-global capital market. It will only lend to the people in the community if it can get a safe mortgage charge over their houses but, even here, the bursting of the housing bubble has made the bank wary about their ability to repay," Kjellberg continues.

Kjellberg proposes that we go back to the future to the way the Mondragon cooperatives began.

"The institutions I envisage would work in much the same way as did the bank at the heart of the Mondragon co-operatives in the 1960s," he says.

"There, if a group wanted to start their own business as a workers’ co-operative, one of the group would join the bank staff, on normal pay, to work on the business plan with a ‘godfather’ — someone who specialised in helping new businesses start up.

"Then, when the godfather judged that the plan and the group were ready, he (they were all men in those days) put the project to the bank board and funding would be approved. The godfather then helped the new business establish itself.

"The money the group received from the bank was nominally a loan, so the business knew how much it was expected to pay its partner each year; but in reality the risk was shared and the bank’s agent, the godfather, and the members of the group were equally committed to the project’s success. No projects failed under this arrangement.

"In its modern form, the institution we need could be a mixture of a (non-debt) savings bank and a meeting place for all the savers and entrepreneurs in a community. Instead of being a “credit union” it could be called an “investment union” (IU) to emphasise its co-operative character," Kjellberg proposes.

"The job of those running the IU would be to help an entrepreneur develop his or her idea, until the IU had sufficient confidence in it, and in the people involved, to be able to recommend that savers put up the required capital in exchange for a specific share of the project’s income. The IU would be paid for its efforts by taking a share of the income itself, as would the entrepreneurs. This would ensure that all the partners were fully committed to the project’s success.

"Once the project was running, the IU would make a market in the shares and, while savers would be allowed to sell whenever they wished, the IU and the entrepreneurs would only be allowed to reduce their holdings with the consent of everyone else involved.

"Some investment unions could be purely local and deal with a wide variety of projects. Others could be more specialised and work over a wider area. For example, they might confine themselves to energy projects and build up a lot of technical expertise. Some might be akin to unit trusts, so that every member had a stake in everything. Others might allow savers to decide on their investment portfolio themselves.

"Whatever form they took, investment unions would need to perform their social financial process continuously — because a continuous flow of saved money is required to help entrepreneurs finance their continuous stream of projects," Kjellberg says.

The Mondragon bank – an old model for a new type of finance (Fleeing Vesuvius)
Posted by Stefan Gigacz at 9:30 AM